I am sure there are hundreds of booby chaps around you, but do you know that Gynecomastia (Gyno) prevails in celebrities too?

For those who do not know what gynecomastia really is, Gynecomastia is a disturbing condition in men that is generally described by the engorgement of breasts which resemble to that of female breasts.

While there are several causes that contribute to the enlargement of breasts, the ones that are generally considered responsible are hormone therapy and hormonal imbalance.

Now without wasting much of our time, let us skip to reveal those popular names that ‘are good enough to pull the public attention off the female’s boobs’ and enjoy on their own!

The 81 years old Jack Nicholson has served the entertainment world for more than half a century.

The actor-cum-filmmaker that has proved his acting potentials in several fields fall under the category of high-profile men suffering from a problem like Man boobs.

As we generally get to witness men being highly concerned about their physical appearance these days, the case with Jack Nicholson is completely the contrary.

Many a times, the father of five has posed shirtless looking absolutely confident about his body.

Well, it’s good to feel positive about yourself, but let me clear you that the concern is easily treatable.

It is surprising to know that the ex-professional wrestler that is busy proving his name in the entertainment world has confessed of undergoing a serious treatment for gynecomastia. 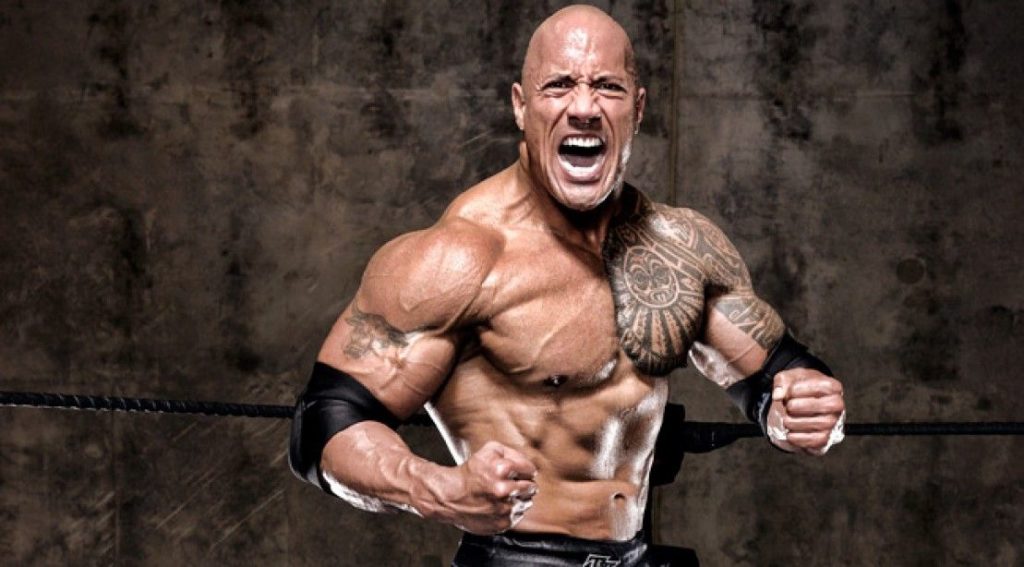 According to Dwayne Johnson, he developed man boobs in his early years and went under the knife to get it fixed. That’s right.

He further revealed that his decision was entirely for aesthetic purposes which he took more than a decade ago.

Well, considering his current built and shape, we doubt Johnson ever faced a problem like this.

He is indeed, in his best shapes these days- more power to you man!

Considering the age of Russell Crowe, none would deny that he is in a pretty fair shape these days, but his somewhat visible moobs somehow steals his charm.

So what exactly the better half of Danielle Spencer, who earned stardom through his movie Gladiator, does to manage those protruding racks?

Interestingly, the credit goes to his dressing sense that actually manages to make his chest look a bit more controlled.

Well Crowe, we wish we could rewind the time and enjoy the days you were in your best of the best shapes- yeah, we meant those Gladiator days!

Where there are controversies, there is Simon Cowell for sure! 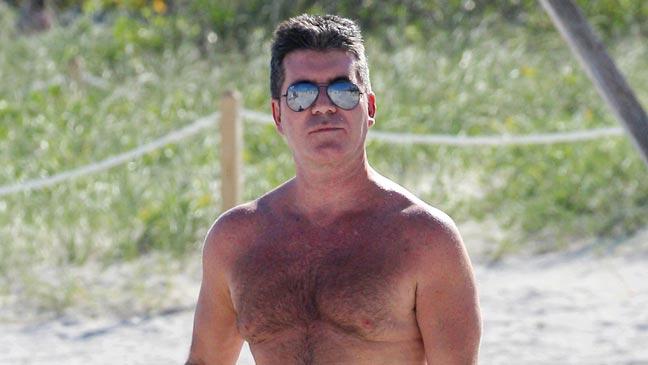 But it’s not about his hookups that have led his name to the headlines, it’s about his ‘curves’ this time!

While the 58 years old walked downtown with his dogs shirtless, we just did not find the sight to behold.

Bravo to Simon’s attitude- who bore his moobs quite confidently and felt no shame in exposing to the world.

No wonder, Simon’s positivity about his body is something we should learn from, and so, keeping that in mind, we expect and hope a speedy recovery from his side.

The 70 year old American singer is another victim of Gynecomastia generally called as male breasts.

Unlike most of the men who leave no stone unturned to veil their ‘feminine’ bodily changes, the ‘hole in my soul’ singer behaves quite the opposite.

Off late, his shirtless pictures surfaced on the internet where we can visibly witness the rock star spending quality time in Hawaii- sporting a striking set of breasts!

That’s right. Now whether or not Tyler is pursuing any treatment for his super-sized chest is unknown, the best we can do at this point of time is wish him luck!

Another name in this category is that of Tracy Lauren Marrow- the popular American rapper you and I know as Ice-T! 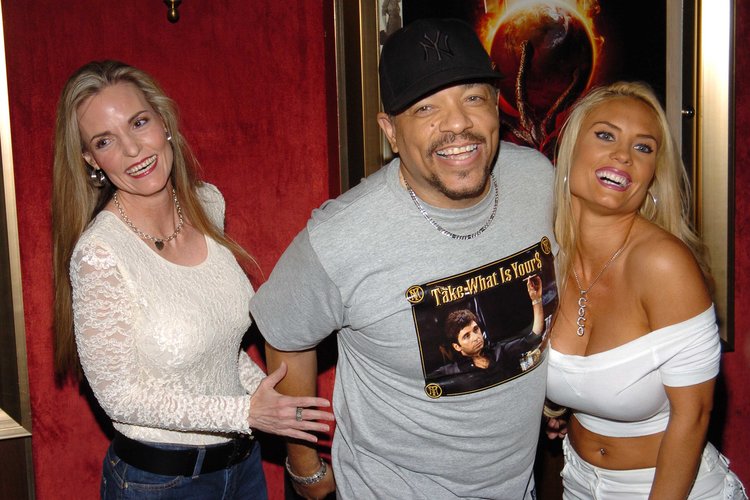 The rap legend that has recently turned sixty seems to enter a perfect phase of life as we get to see him enjoying more time with his family now.

Some time back, Tracy holidayed in Miami Beach with his sweetheart wife Coco. And by luck, we managed to get a glimpse of their heaven through a photo of the couple walking side by side- flaunting their ‘busts’.

Well, whatever it is, we like the way Ice-T really is, that is, bold and confident!

Now this is an eminent name in the category, the man that holds Guinness world record for being the most watched celebrity on television. 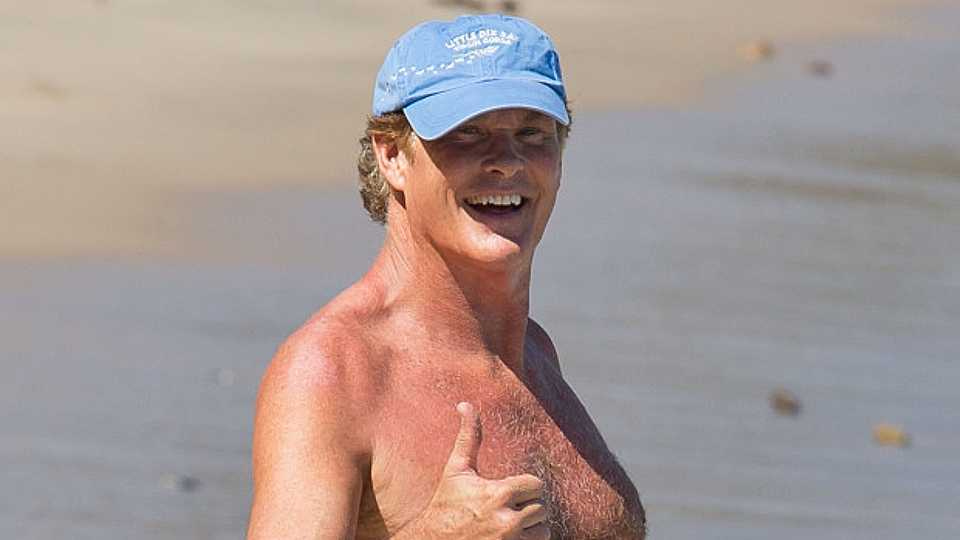 While people, or say, women in particular loved David Hasselhoff for his looks, we witness a clear cut decline in his bodily allure led by aging and ‘sagging boobs’ with time.

Lately, the American actor appeared in a sleeveless top and believe it or not, something we deeply felt missing on his body was a bra.

Well, David, it’s good to flaunt your assets bare, until and unless you are a man!

The next we have is Regis Philbin, the 86 years old media personality whose career seems to have no end. 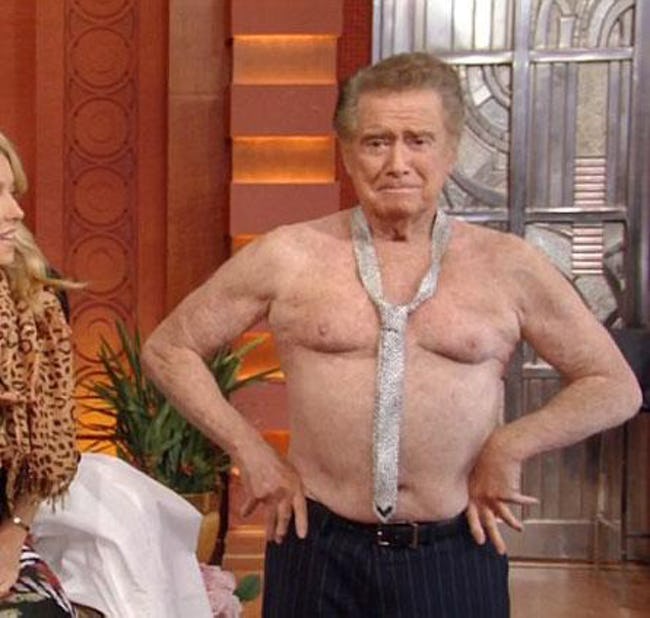 Regis, who still looks pretty active and young, is undergoing the problem that affects around 65% of men at one point or the other in life.

While the condition is somewhat harmless, we get to see many people leaving it untreated and unmanaged.

Sadly, Regis is one of those who have yet not taken any action against moobs or seem least concerned to address it.

No wonder, Regis has aged and the condition has developed due to a considerable decline in testosterone, yet, it can be sorted and controlled in a smart way.

Aging is not the only factor to be blamed for gynecomastia, as there are many other things that lead to moobs.

For example if we consider Jeremy Piven’s case, the 52 years old American actor who entertained us through the comedy series Entourage, believes that he developed male breasts because of drinking an excess of soy milk.

Well, if we investigate the effects of soy milk in a man’s body, we will feel convinced that Piven’s claims do make some sense.

Soy milk tends to be a healthy source of estrogen, an excess of which can result in the development and growth of breast tissues.

And in the end we have Arnold Schwarzenegger in the list of celebrities undergoing gynecomastia. 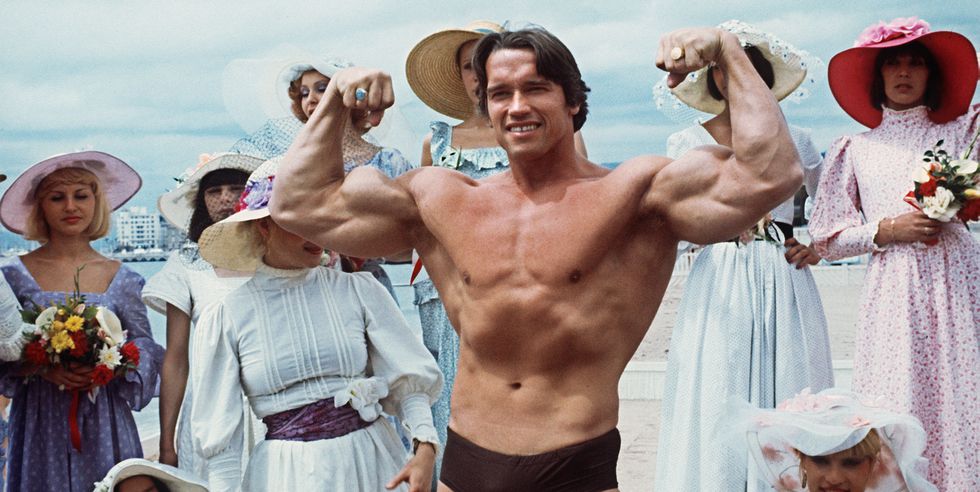 The 70 years old talented Austrian-American actor that has proven his acting tactics through a plethora of movies was undeniably, the hottest hunk of the 80’s era.

From his brawny physique to his tough looks, nothing seems to be comparable.

However, as every creature on earth ages, likewise, Arnold’s aura is ultimately fading. His solid muscles and skin are gradually sagging and we can visibly notice some moobs out there in his upper body.

Well Arnold, you were and will always be our beloved hero and nothing can ever replace you!

So these are the ten celebrities with male breasts (gyno) that either sport or make every possible effort to veil moobs.

Now next time you think it is only you who encounter problems, think again!